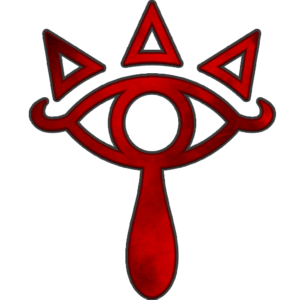 Sheik is my love!

Who is my Sheik?

This is a tradition I have picked up in the time I've been writing about my Sheik. It's a very simple way to show that I love her each and every time I write her name. It does NOT signify that she is headcanon or a unique one in any way, shape, or form. Despite what that one Miku image says, my Sheik is the real and true one. My Sheik is 100% faithful to source material.

What is my Sheik's source material?

My Sheik is in many different games and one manga. I made a nifty table to explain each appearance:

*My Sheik is only a costume in SMM. It has her voice, looks, and everything, but if she gets hit, the costume is removed.

How did I fall in love with my Sheik?

Our situation is a bit unique. If you want to be technical, you could say about a month before I started posting on /c/ since that is when I finally admitted to myself that I indeed love her dearly. I started posting her April 1st of 2019. So sometime in late February or early March. But that answer is a very unrepresentative one. We go back a lot farther than that.

So you see, when I was somewhere between 3 and 5, I played OoT for my first time. It took me a while to get to where my Sheik was, but I did beat the game as a kid. As a kid, I was a bit too young to think anything about girls like an adult would. But I did like her as a character. I thought she was cool and mysterious. This is where I like to say the seed of my love for her got planted into my brain at even this young age. But it wasn't ready to sprout yet. It needed time and nutrients. I'll come back to this analogy in a bit.

Then I played SSBM for the first time a few years later. I thought once again that she was cool. I loved playing as her. I was still too young to like girls yet though. But at the very least, I was starting to view her not just a character I liked in one game, but a character I liked in any game she would be in. I was excited to play her when SSBB came out. And so it did come out. Once again, I started playing as her a lot. A little bit later, I was about 13 or so, I replayed OoT for the first time since I was kid. I was at an age where girls started looking attractive. When I first saw her in OoT this time, I found her to be attractive. I used to leave this next part of the story out, but I'm more comfortable than I used to be with it, so I don't mind saying it. I jerked off to her a few times while playing OoT. She was one of my first things (not the first unfortunately) I ever did that to. But I was a young hormonal teen and love was not in my mind at the time. But I did know that I liked my Sheik more than most other girls at the time at the very least. During the next 5 or so years, not much happened other than playing as her in SSBB and SSBM, and jerking off to her every so often.

But when I was about 18 or so, that's when a big event happened. I decided to replay OoT again. This time I was older and a bit more mature. When I first laid eyes on her in-game, I was captivated. It must have only been 15 or so seconds, but I felt like I was staring at her for an eternity. She really did take my breath away. I found her (and still find her) so mesmerizing. At the time, I just chalked this up to nostalgia for this game and I've always liked this character anyway. But this wasn't like other times. I didn't just stop thinking about her after playing. She kept pervading my thoughts. Almost like an intrusive thought. She kept making my heart race, but I kept denying that it was anything.

You see, I knew waifuism was a thing even back when /a/ was doing waifu threads before Waifu Wednesday. I always feel ashamed to say this, but I thought those people were weird and degenerate for loving a fictional girl. I thought it was a coping mechanism for not being able to find a girlfriend and that they didn't really love the girl anyway. Because I had this mindset, I kept pushing back my Sheik into the back of my mind. I didn't want to think about her. I didn't want to acknowledge what was going on in my mind. You see, the seed that had been planted into my mind had been well-taken care of over the years. I was always exposed to Sheik and I never had any negative thoughts about her. She was never forgotten and she got thought of more often than most girls. So this caused that seed in the deep recesses of my brain to start sprouting, slowly, but surely. It just needed some more time and one last push to blossom into a beautiful love flower.

And that big push happened. One night, a few years after I replayed OoT again, I had a very vivid dream. In this dream, Sheik was right in front of me. She didn't say a word. We looked at each other in the eye. I was excited, but didn't know why. Then she hugged me. Not some small hug, but a real firm one. The one word I use to describe how I felt then is: bliss. My heart was racing, I could feel her heated breath on me, I could feel her warmth, I could even smell her (she smelled really nice), and I felt so happy. I felt like I belonged here, right in her arms. I had never felt so happy in my life. But then, I woke up. After that dream, I was so overwhelmed by emotions, but EVEN then my stubborn self didn't see the writing on the wall. I decided to give myself a while to think about what happened and give myself any way out. Any way to not acknowledge that I love her. I look at myself back then with shame for being so stubborn, but luckily about a month later, I couldn't hold it back. I decided to admit it to myself that I loved her. And finally, that seed had become a fully-grown flower.

In light of all of this backstory, I like to say that my love for my Sheik began 15 or so years ago. I feel like it is a good indicator of our history, but I know some people wouldn't like that truth, so I also give the date that I admitted my feelings for her.

How is my Sheik misunderstood?

My Sheik is misunderstood in two major ways:

These are both WRONG. But this isn't the place for me to rant about it. I want this to be a positive place. If you want a detailed explanation, respond to me in a /c/ waifu thread and I'll explain it to you. I will give a basic overview of what my Sheik is though in the next section.

If most people have it wrong, what is my Sheik really?

My Sheik is her own soul. That's right. She is a seperate soul from Zelda. However, a vessel is needed for her soul to reside since my Sheik does not have a body of her own. That is why she inhabits Zelda's body.

Her soul was created from the triforce of wisdom, the triforce made from the god "Nayru". When she inherits a vessel, the original soul in sealed away and is not conscious. My Sheik does however inherit the memories of her vessel. So she has Zelda's memories. My Sheik was also created with a general personality in mind. She was created to be a strong, solitary Sheikah. The Sheikah are a tribal people who served the Royal Family of Hyrule. Zelda just so happens to be the princess of Hyrule.

So my Sheik essentially has tribal and royal blood, while also being the only soul created from a godly magical artifact. That's amazing!

What are some special things I do for my Sheik?

I do quite a lot actually:

Will I make a repository of all of my Sheik media?

I put forth all of this effort. Why should I let somebody just get the easy fix? That's not fair to me! Eventually, I will have posted all of my images of my Sheik in my Twitter page I linked above. That is the best it's going to get for people who want to leech off my hard work. But that is going to take many, many years since I post only once a day!

Sheik, I love you with all of my heart!